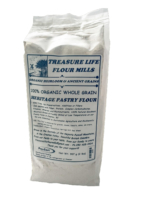 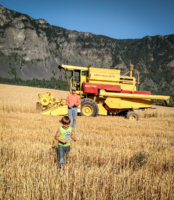 All of Treasure Life Flour Mill’s products are certified organic, and are grown and milled in Creston, BC! These delicious and healthful heirloom grain products are free of preservatives, additives and are non-GMO. Ben and Claudia, the farmers and millers at Treasure Life, are passionate about sustainable agriculture and biodiversity, propagating and storing seeds for future generations.

Like many small business people and farmers, Ben from Treasure Life wears many hats. As Ben puts it, he and his wife Claudia are “the farmers and the millers” at Treasure Life.  All of their certified organic, GMO-free grain products are grown, milled, and blended right on their farm in Creston, BC.

This level of care and control, from soil to flour, is uncommon in modern grain production. It is an exciting development in the food self-sufficiency of our region to have a local milling facility. Grain has historically been grown in our region, but its production declined rapidly in recent history and local milling virtually disappeared. Until the launch of Treasure Life Flour Mills, consumers struggled to find finished grain products locally.  As Co-op grocery buyer Anneke Roche remarks, “this is just what everyone has been wanting…people have been asking for this for years!”

Treasure Life specializes in heirloom grain varieties. When Ben became interested in growing grain he was surprised that he could only find a handful of varieties and that he could not find grains more than 20 years old. Ben has an encyclopedic knowledge of grain history and explains that over the last half century grain has been bred to be “faster and cheaper, ” and many older grains have fallen out of production. As we seem to be discovering all over our food system this focus on efficient mass production overlooks many qualities of heirloom varieties, including health benefits and taste.

Many heirloom varieties have been uncultivated for over 100 years and small numbers of stored seeds are all that is keeping them from compete extinction. Over the last eight years, Ben has collected and carefully propagated seed; his seed collection now contains 240 varieties and he plans to grow about 23 varieties that are best suited to our climate. Ben has sourced seeds from university seed banks across North America and from retired farmers. One of his varieties was purchased from an elderly farmer who had held the seeds in his freezer for 47 years!

Ben’s respect for traditional grain and farmers who came before him is evident. His farm seeks to preserve seeds and knowledge for future generations. He explained that even older than heirloom varieties are ancient grains – dating back thousands of years. One called Landrace is an original grain grown by the ancients. In the 1600s, Ukrainian farmers selected Ladoga, a strain of Landrace, which Treasure Life now grows.

Ben also emphasizes that there are many different types of grain and flours each meant to serve different purposes. For example, Marquis Flour is uniquely well suited to baking. This heirloom variety was developed in BC in the 1890’s. Ben and Claudia mill this wheat to be light like a white flour but with all the nutrients of a whole wheat flour. Only the bran is sifted out while the nutrients in the germ remain.

Seeing people discover heirloom grains has been one of Ben’s greatest joys: “People remark on the superior taste and find they can tolerate them better than modern commercial varieties,” he says. “Even some people with severe intolerances can enjoy heirloom varieties and it is great to be able to give them an alternative.” Ben notes that “there were several junctures in the last 100 years when Canadian wheat was being modified, but the most damaging was in the 1980s when the actual molecular structure of the carbohydrates in the grain were altered. That’s when you see the spike of gluten intolerance in North America.”

Growing heirloom varieties organically is more challenging than growing conventional modern varieties, but Ben and Claudia would not have it any other way. “We do it because we love good food,” says Ben.

https://ironskillet.ca/
Iron Skillet Jo and Jeremy Ferris have been crafting Artisan Spice Blends for over ten years! The... 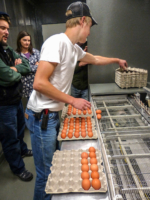 http://sunorganics.ca/
Sunshine Valley Organics Brent and Denise, along with their children, Eric and Sierra, provide ev... 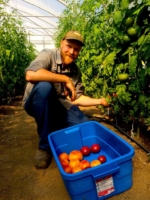 Tarzwell Farm Meet Tom and Leanne Tarzwell, who are setting a high bar for natural, local, and hu...

https://www.badduckcaramel.com
What is your farm/company name? Bad Duck Caramel What is your name? Greg and Carmen ...

https://www.forrestfarmsalmo.com/
Forrest Farm Amanda and Ewan Forrest are the caring stewards of Forrest Farm in Salmo BC. They ra...

https://www.meadowbrookfarm.ca/
Meadowbrook Farm & Kootenay Sprouts Meadowbrook has been in operation for almost 20 years. It... 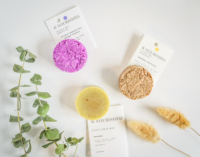 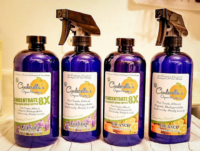 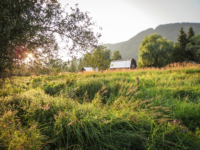 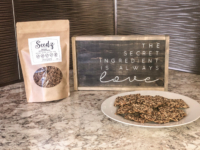 https://www.seedzcrackers.com/
Seedz Crackers Seedz Crackers are handmade and baked in Cranbrook BC by Mal Paterson and team. Ma... 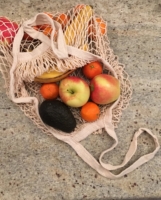 What a Bag
Housewares   Household
Kimberley, BC 73.79 km

Uphill Bakery David Beringer is the Uphill Baker. His passion for local organic food and his comm... 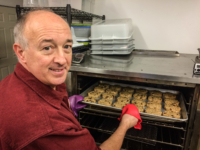 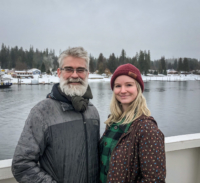 http://specialtydips.com/
Antoinette’s Dips Handcrafted and highly addictive! The reputation and popularity of Antoin... 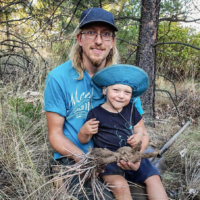